Your are here: Home » Reviews » Entertainment » TV & Film » Welcome Back to the Wiggles – How to Help Your Child Deal with Character Changes

Recently Greg Page, one of the founding members of The Wiggles children’s music group,  announced he’d be returning to his original spot. If you’re in the, “new class” of parenting and only know The Wiggles as; Anthony, Jeff, Murray, and Sam, then perhaps you didn’t know that Greg Page took leave from The Wiggles in 2006 due to an unexpected illness.

Leaving the “yellow shirt” slot open, Sam Moran stepped in. Sam had been a part of The Wiggles show since 1998 and was a great addition when he stepped up to take the lead singer position for The Wiggles. Now that Greg is rejoining The Wiggles, Sam will be taking time to continue working on his own personal music ventures, (he released The Colour of Love in 2010) and also to spend time with his family.

Thankfully, there was a great person who was able to step in for a time and also step back from this position. Sam has been praised for continuing the success of The Wiggles during Greg’s leave. Yet when the day comes for Greg to rejoin the group and appear in his yellow shirt this year, there may be some confused or upset children.

With any television show there is a chance that characters will need to be replaced. I featured this story on The Fresh Beat Band replacing their, “Marina” character: What Happened to the Fresh Beat’s Marina? And with all of the traffic and comments it has had you can tell the change certainly struck a nerve in viewing homes. Recently other children’s television shows that have replaced characters or voices have been Dora the Explorer, Go, Diego, Go!, and one who did it well, Blues Clues.

Not all shows give such great transition to a new character as Blues Clues with their switch from Steve to Joe, so as parents we need to learn the best ways to deal with these changes, because like it or not, they will happen. You may adapt these tips for your own child depending on their age and maturity.

Do you have any tips to add?

Have any children’s television character switches effected your home? 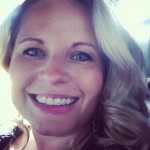 MommyB Knows Best is a family friendly website that features fun tips and tricks for parents, fresh segments you won't see on other websites, honest in-depth product reviews, and great giveaways. For more information about MommyB and MBKB check out the MommyB Is page.

Tinkerbell and The Legend of the Neverbeast Movie {Giveaway}

Car accidents happen. Whether they happen on the way to work, during a road trip, or coming back froRead More

ME to WE School Supply Collection that Gives Back

A Visit to the North Carolina Zoo – Travel Tips